ABOUT THE PREGNANCY CENTERS
ABOUT 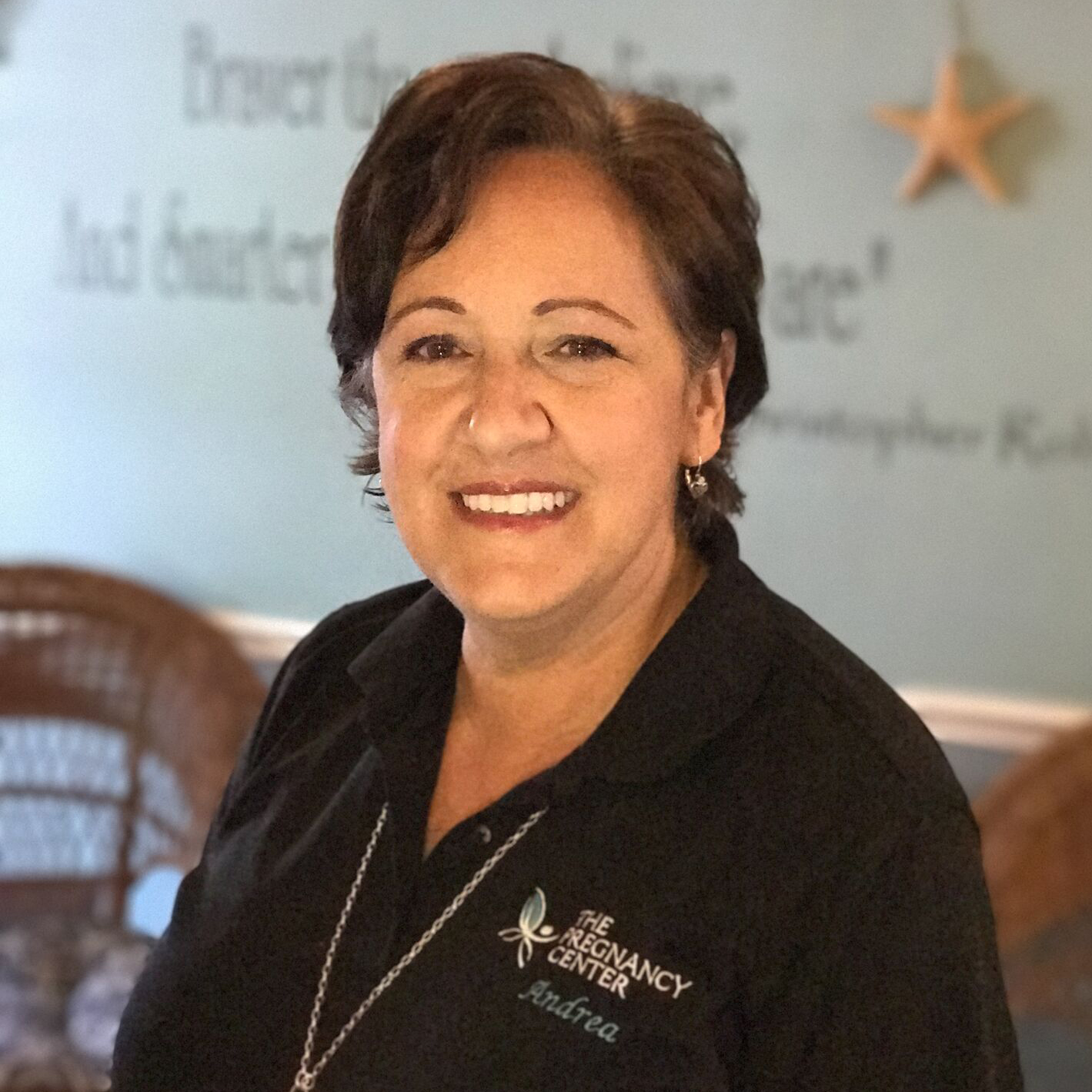 Andrea Krazeise is a wife, mother, author, speaker and passionate pro-life leader who has inspired men and women for over a decade. Raised in Sanford and a graduate of Seminole High School followed by a career in banking. In 1997 God called her out of the corporate world and into ministry where she founded The Pregnancy Center of Sanford & Oviedo and currently serves as the Executive Director. Author of the award-winning book, “He Came back For Me”, Andrea cherishes the kind of fear that requires total dependence on God. She and her husband, Dave of 35 years live in Lake Mary and are the proud parents of three children, a daughter-in-love and twin grandbabies. When she’s not at The Pregnancy Center or speaking about pro-life issues, Andrea loves spending time with her family, traveling and gardening. 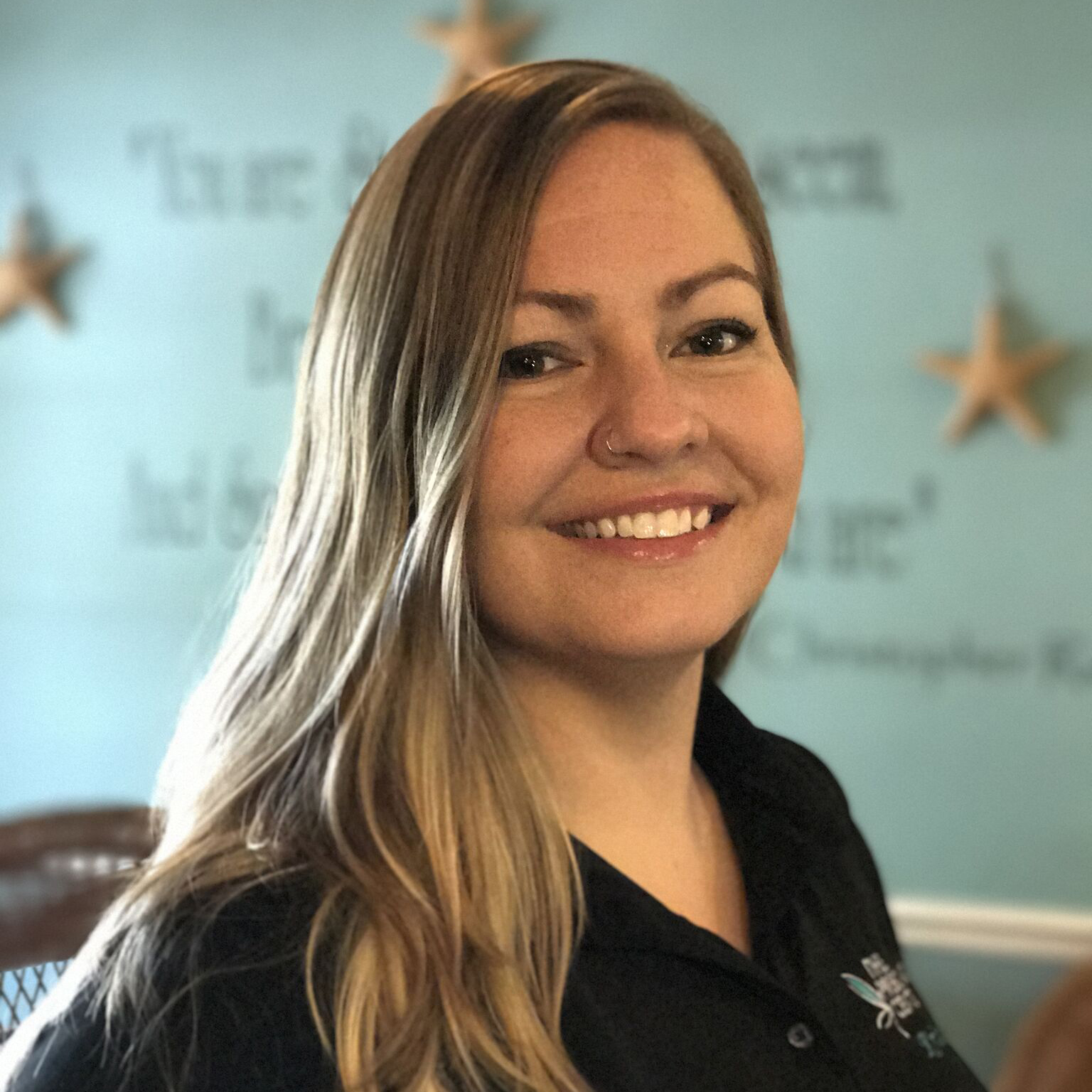 Director of Operations and Marketing

Kristen is a graduate of Kentucky Christian College with an undergraduate degree in social work. She worked in the school system as an advocate for at-risk teens before relocating to Florida where she served alongside her husband in Youth Ministry. She has experience in International Adoption, walking families through the adoption process, and overseeing file compliance.

In January 2015 she joined The Pregnancy Center with a passion to serve women and the unborn. Kristen spends her time working alongside the volunteers and staff in Winter Park and speaking at area churches about the center’s mission. She handles all things marketing and IT for both locations and the Mobile Unit.

She and her husband of 20 years, Todd, have two wonderful children, Ethan who is 17, and Rylin who is 15. 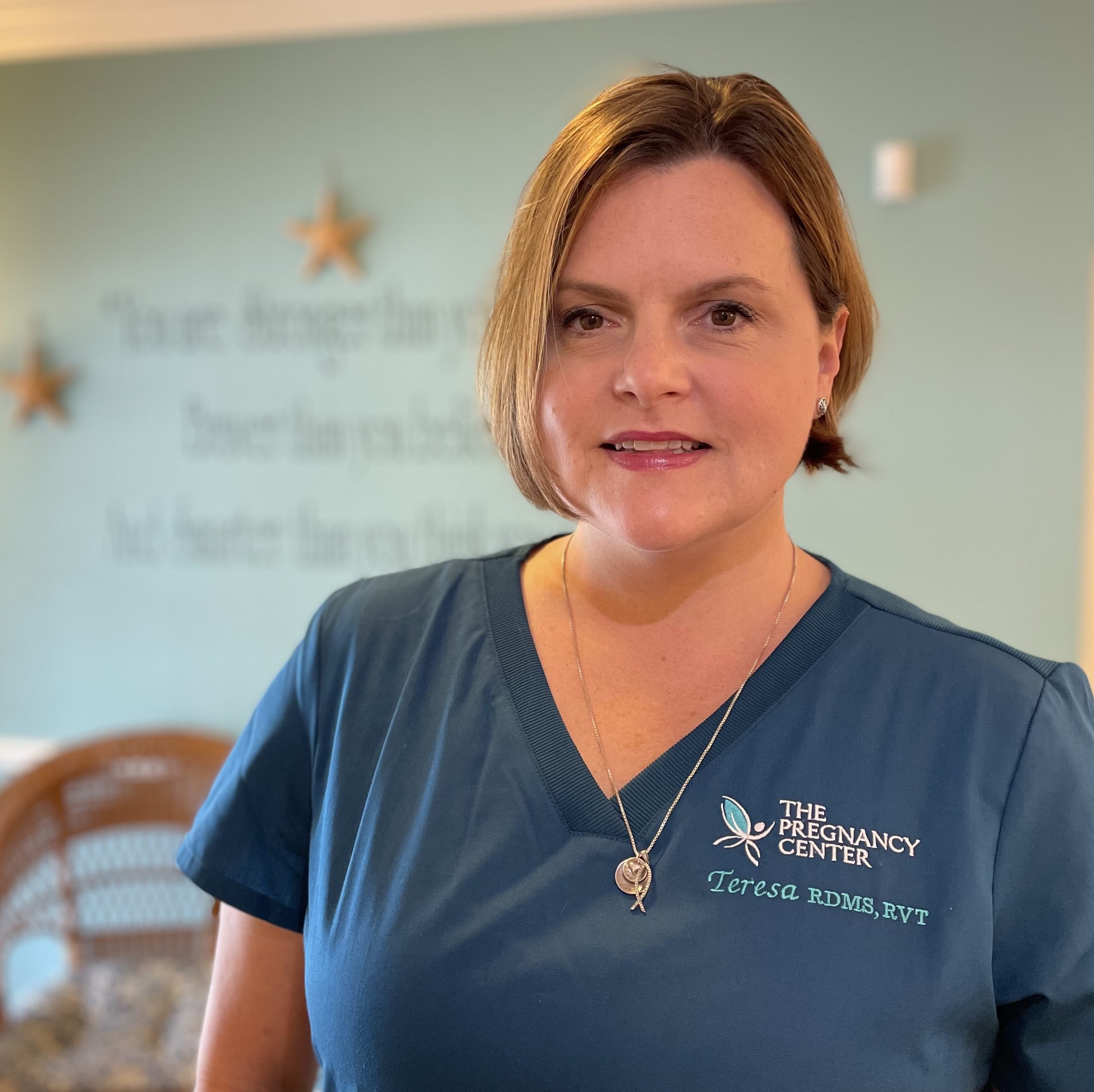 Director of Operations and Marketing

Teresa Marquez graduated from Sanford Brown Institute in Middleburg Heights, Ohio in 2000. She began her career as a sonographer at Cleveland Clinic – Fairview Hospital until she moved to central Florida in 2004. She spent the majority of her career at AdventHealth Altamonte where she enjoyed assisting in various procedures as well as serving as a Spiritual Ambassador. She is registered with the American Registry For Diagnostic in Medical Sonography(ARDMS) in Abdominal, OB/GYN, Breast & Vascular sonography. She is also certified in Nuchal Translucency. In 2016,

Teresa prayerfully started working toward her Bachelors of Ministry degree through the Antioch School of Church Planting and Leadership Development. She has a passion for youth ministry, working briefly at the Salvation Army as a Program Assistant and currently serving as a Merge Youth Leader at Lifepoint Christian Church in Longwood. After months of driving past The Pregnancy of Sanford on her commute to work,

Teresa answered God’s calling and joined the Mobile Medical Unit in September 2019, and transitioned into the role of Clinic Manager in 2021. She is thrilled to be able to use her talent of sonography, as well as be able to minister to women faced with a crisis pregnancy. Teresa married her best friend, Rick in October of 2015. They are a blended family of 6. Rick’s children are Gregory, 22 & Arianna, 17. Teresa has 2 children, Grace 13 & Frankie 11. She enjoys family time, baking, crafting, bike riding and walking her puggle Penny. 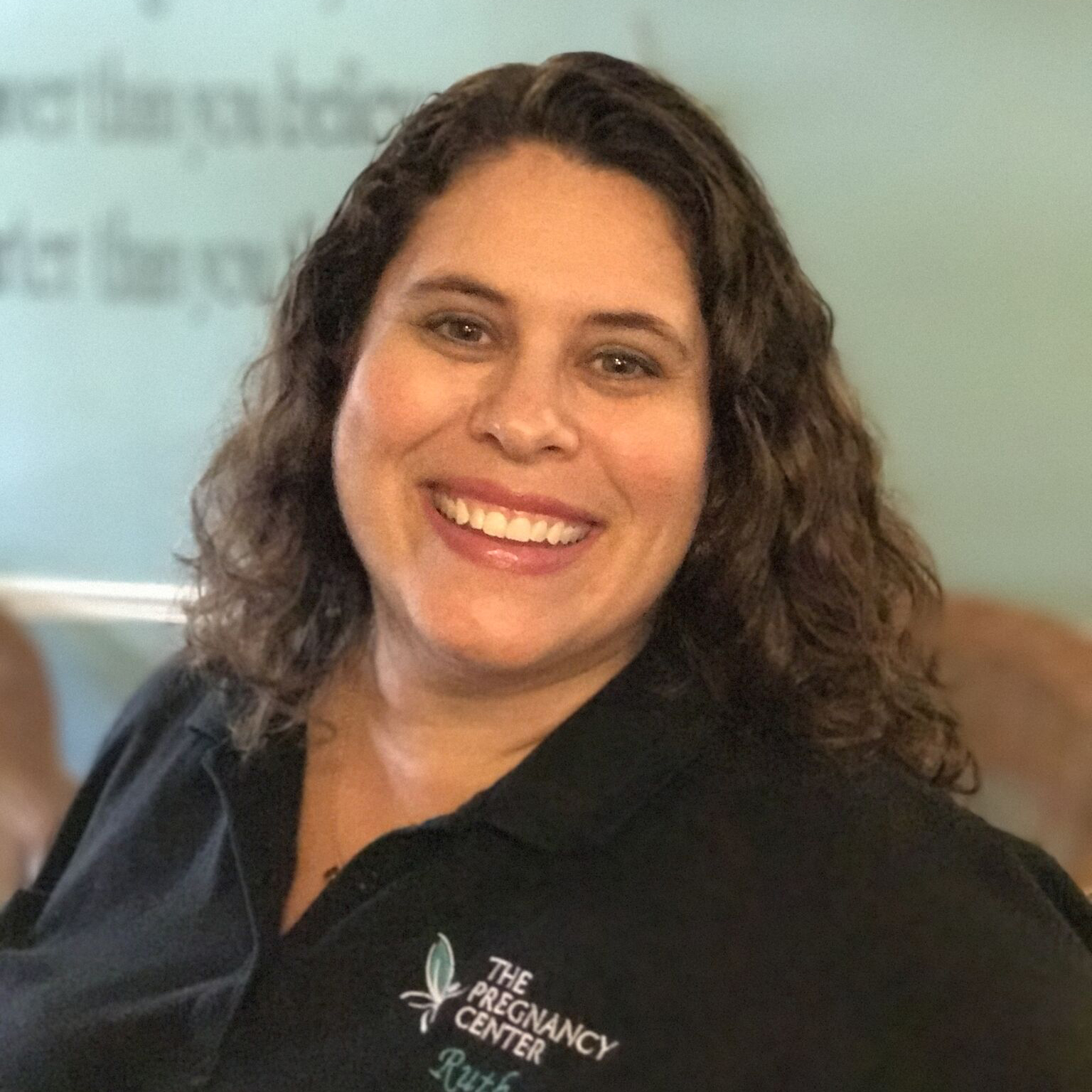 Ruth has had a passion for supporting women and their unborn since before she became a mother herself, and she has been thrilled to be able to put her passion more into action through her work at The Pregnancy Center. Ruth was called to join the staff of The Pregnancy Center of Sanford in May 2016 as the office manager. Since then, Ruth’s eyes have been opened to the struggle and lack of support that many women facing an unplanned pregnancy endure. Ruth’s fluency in Spanish allows The Pregnancy Center to more minister to our Spanish speaking clients on a full-time basis. In addition, she also runs The Pregnancy Center’s social media accounts. Ruth is a member of Oviedo City Church.  She and her husband of 22 years, Eric, have three wonderful children, Annabella who is 23, Logan who is 19 and Nicholas who is 16. 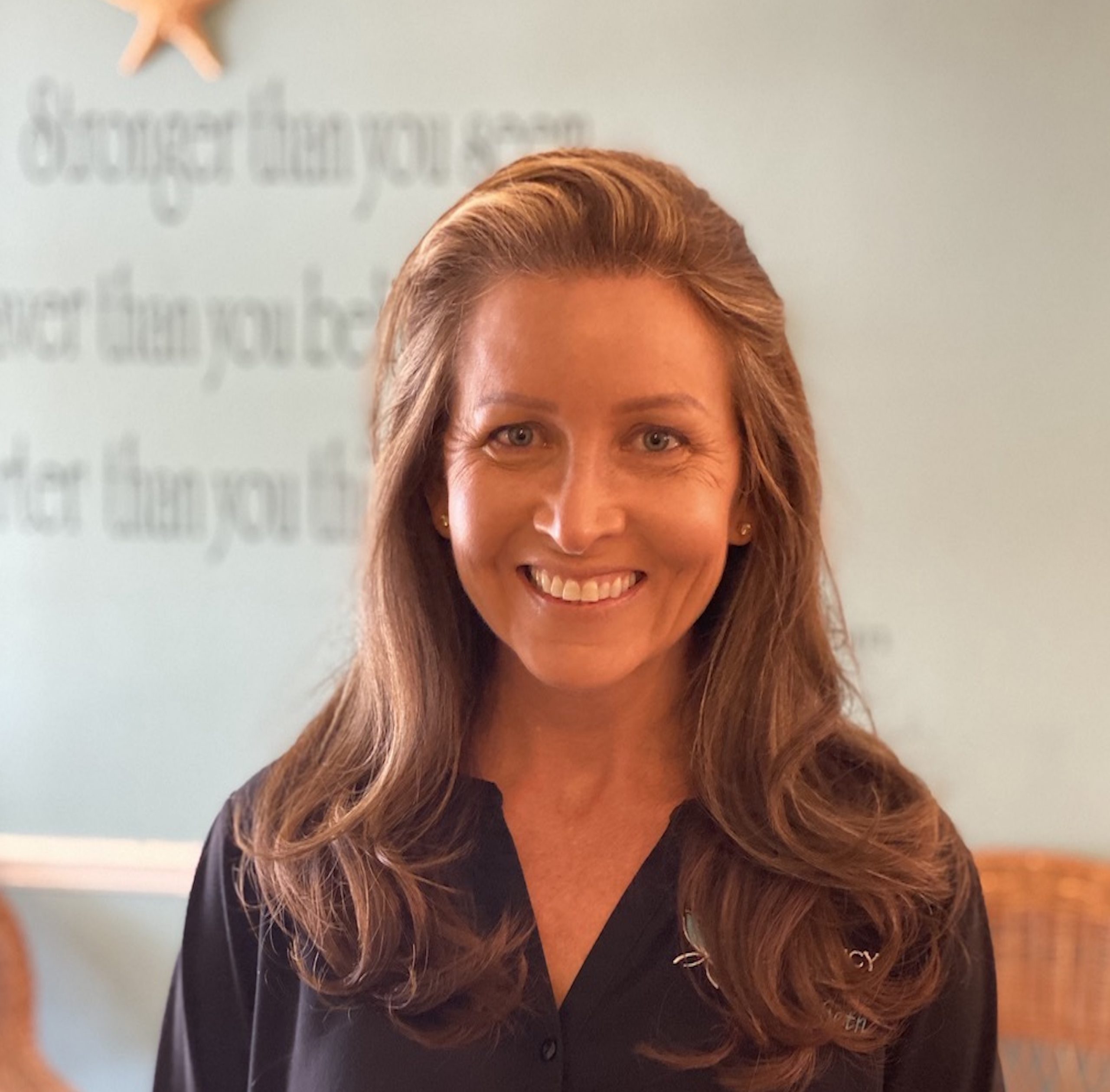 Elizabeth graduated from The University of Tulsa with a BSBA with a major in Marketing, first working in outside sales in the transportation industry in Atlanta. She later obtained a Master’s in Elementary Education from Rivier College while living in New Hampshire, and teaching Kindergarten for a few years before starting a family.
She married her best friend, Reed, 25 years ago and they have 3 awesome girls who are 22, 20, and 16. After hearing Andrea speak at St. Peter’s years ago about the pro-life ministry available to women in need, Elizabeth felt the Spirit’s leading to volunteer as a lay counselor where she could care for and love others, including the unborn.

Four years later, when part of God’s plan was beautifully revealed in an opening in Sanford for Client Services. Elizabeth took the opportunity to grow herself and her love for the clients we serve and the special volunteers we have. She is amazed at God’s handiwork every day and feels so blessed to be a part of the ministry. When Elizabeth isn’t at the Center you can find her in her bible studying, on a trail running, in the kitchen cooking, or out traveling with her family. 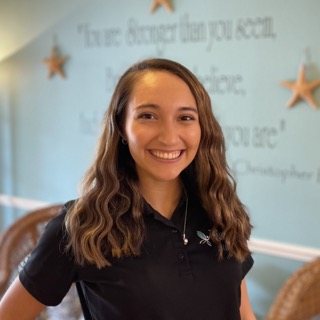 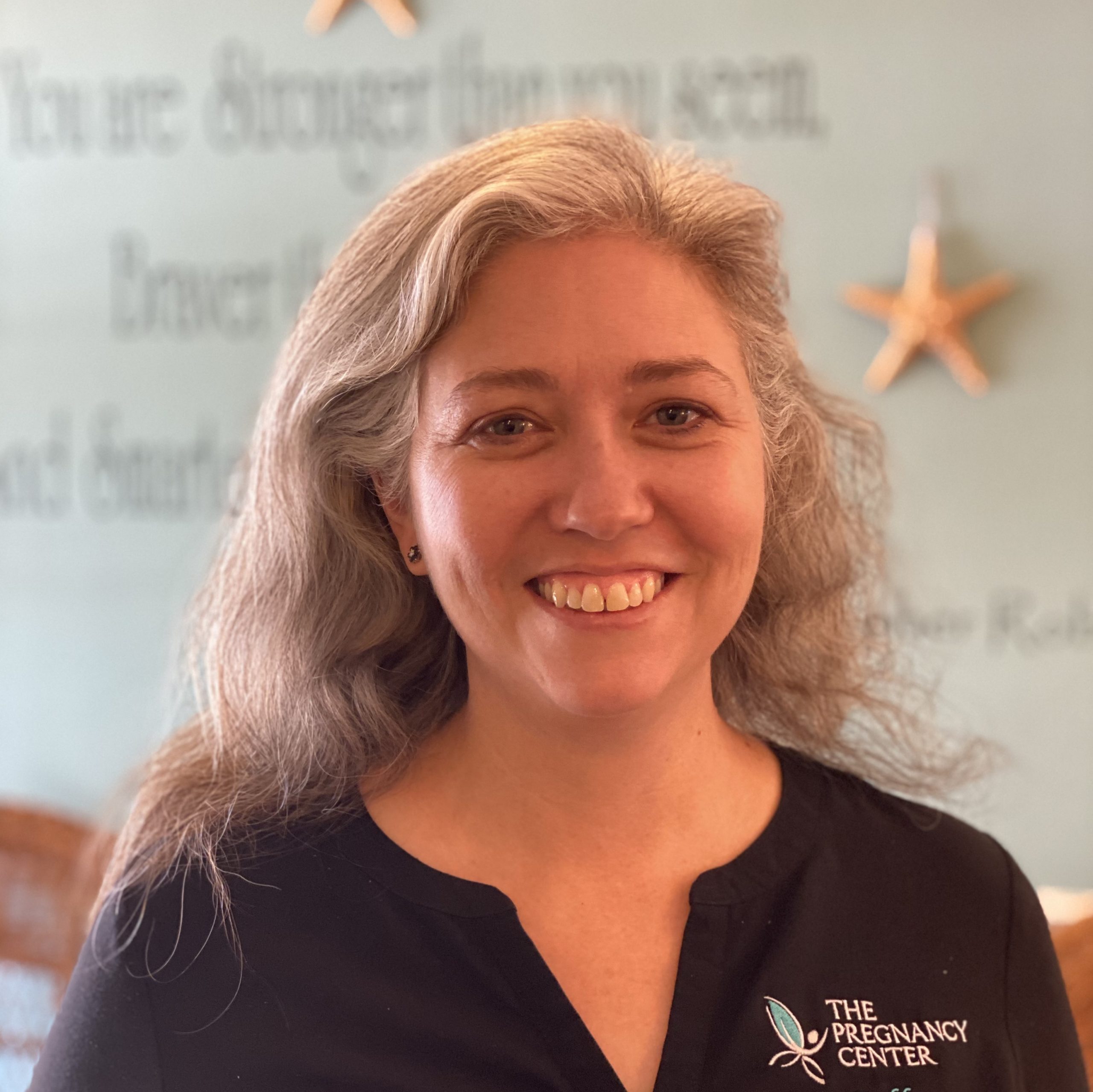 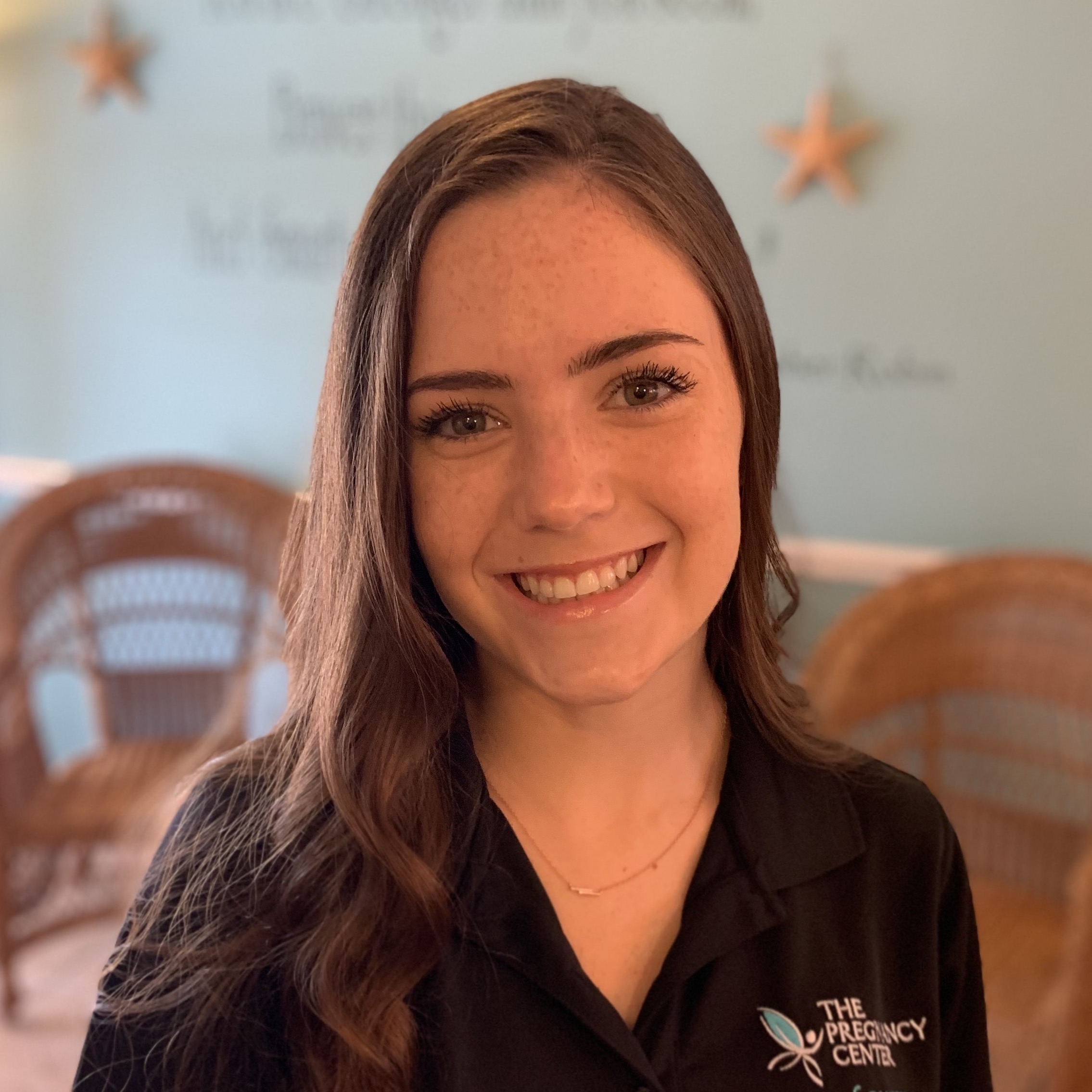 Lauren Firios is a native Floridian who graduated from Lake Mary High School and is currently attending Seminole State College; majoring in Business and Information Management.

Lauren is a proud mother to Corban who is a year old. She loves being outside with Corban while he explores God’s beautiful creation; whether it be swimming, going on walks, or just playing in the dirt. Jennie has been with The Pregnancy Centers off and on for three years. She started as a volunteer at the Oviedo center, but had previously been a crisis pregnancy center advocate/volunteer in Volusia County. After years of working in non-profits, the Lord has led her to partner with The Pregnancy Centers as the director of the Winter Park Center. She is married and has two grown children. She is a musician, pet mom, and loves traveling and adventures. Her degrees are in psychology and Human Services Counseling/Life Coaching.

She is very excited about the ministry of The Pregnancy Center of Winter Park and cannot wait to see what God will do and the lives that will be changed through this place.

2020 verse for the year: The righteous flourish like the palm tree and grow like a cedar in Lebanon. They are planted in the house of the LORD; they flourish in the courts of our God. The still bear fruit in old age: they are ever full of sap and green, to declare that the LORD is upright; he is my rock, and there is no unrighteousness in him. Psalm 92:12-15 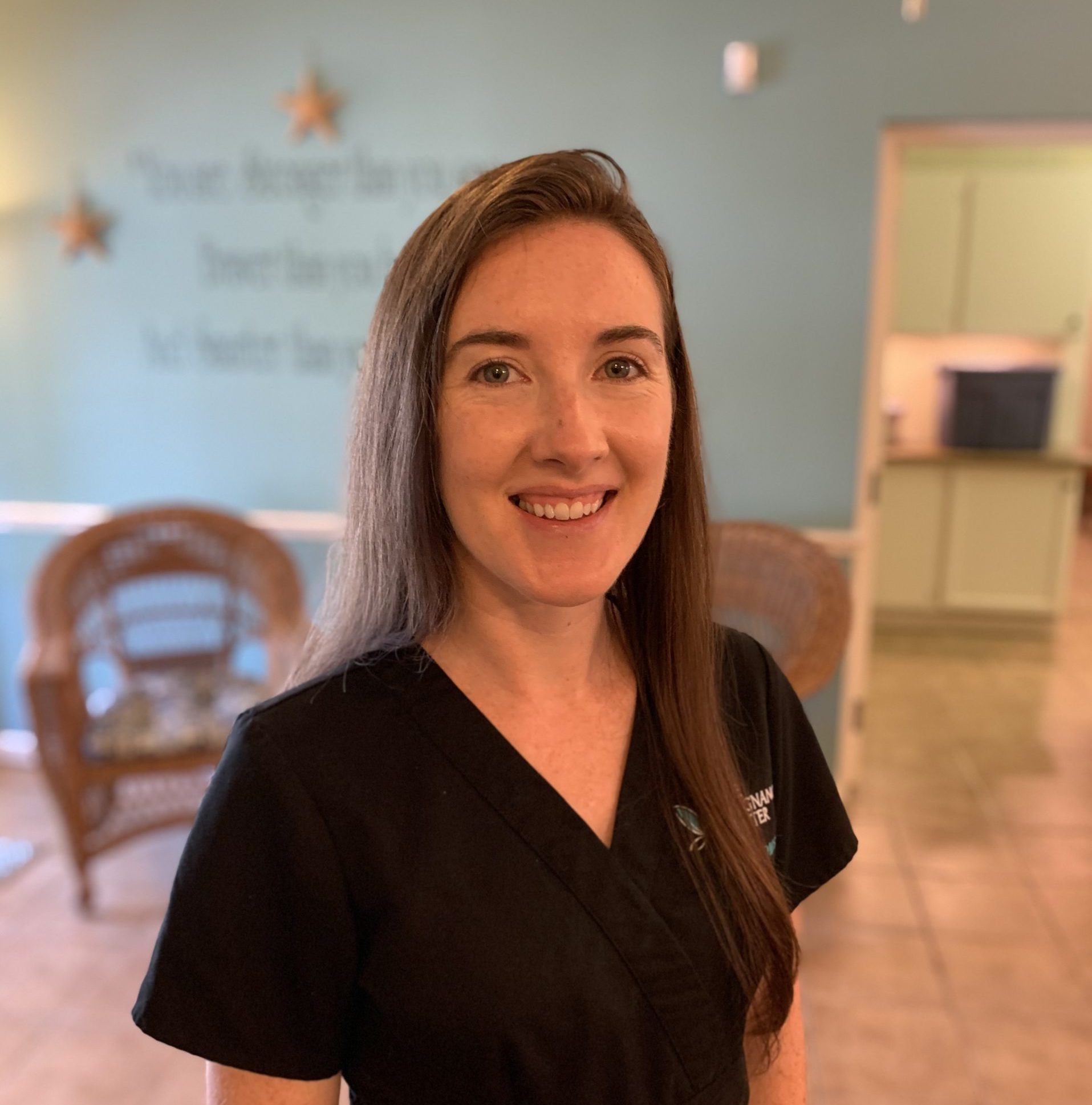 Terra grew up in Central Florida and graduated from UCF with a Bachelor’s degree in Health Services Administration. After coming alongside a friend who was going through a crisis pregnancy and seeing her choose life after viewing her child on ultrasound, Terra felt led to pursue schooling in Sonography. She graduated from the Florida Institute of Ultrasound in Pensacola and went on to perform ultrasounds of the heart, abdomen, vascular system, OB/Gyn, and small parts in doctor’s offices all over Central Florida. At the same time, she also volunteered and worked at a local pregnancy center for 8 years doing ultrasounds and lay counseling. After the closing of that center, God led Andrea, the founder of The Pregnancy Centers, to Terra to come alongside and bring her experience to the new Winter Park location. 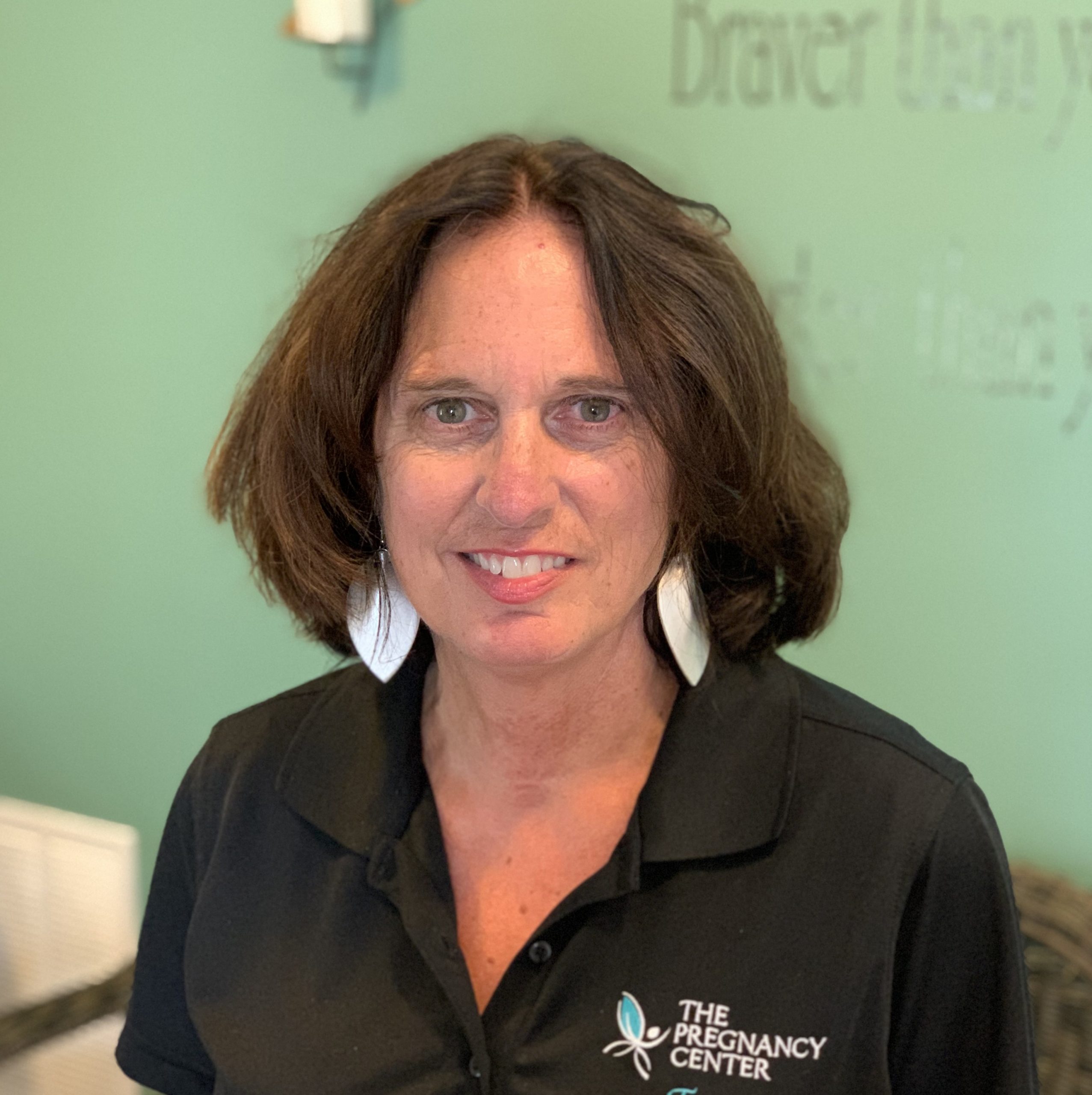 Tracey grew up in the panhandle of Florida but moved to the Orlando area right after college to work for NASA. In 1995, she quit NASA and went through the adoption process with her husband and raised two sons.

Going through the adoption process gave Tracey a heart and understanding towards women facing unplanned pregnancies. She started volunteering at the Oviedo Pregnancy Center in 2012 when it opened and now serves as the Client Services Director in our Winter Park location.

Tracey has been married to Bill for over 31 years and has two adult sons. 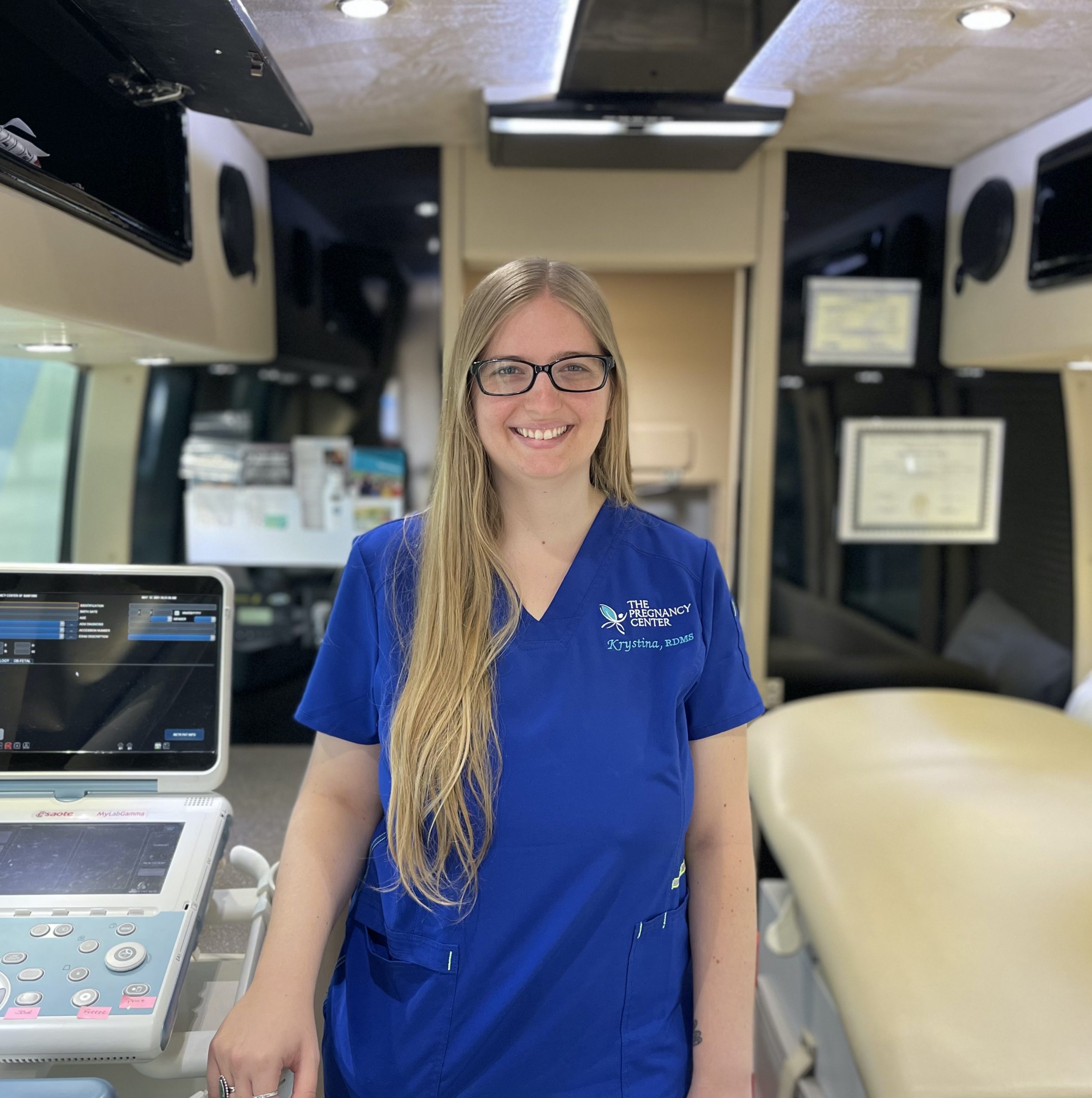 Mike joined the center in August 2018 as the driver of the Mobile Medical Unit. He has been
retired since 2016 after spending 24 years as a store manager with Family Christian Stores, and 17 years in the Garment Business in NY and NJ. He graduated with a B.S. in Sociology from Elizabethtown College in 1971. He is truly blessed that he is able to come out of retirement and continue to work in ministry, hoping to be able to minister to men who come to the van with questions about their role in the pregnancy and in their homes.
Mike is married to Maria for 36 years and have 2 children and 2 grandchildren, all of whom are
the fulfilment of his life as husband, dad, and grandpa. He is an avid sports fan and reader. 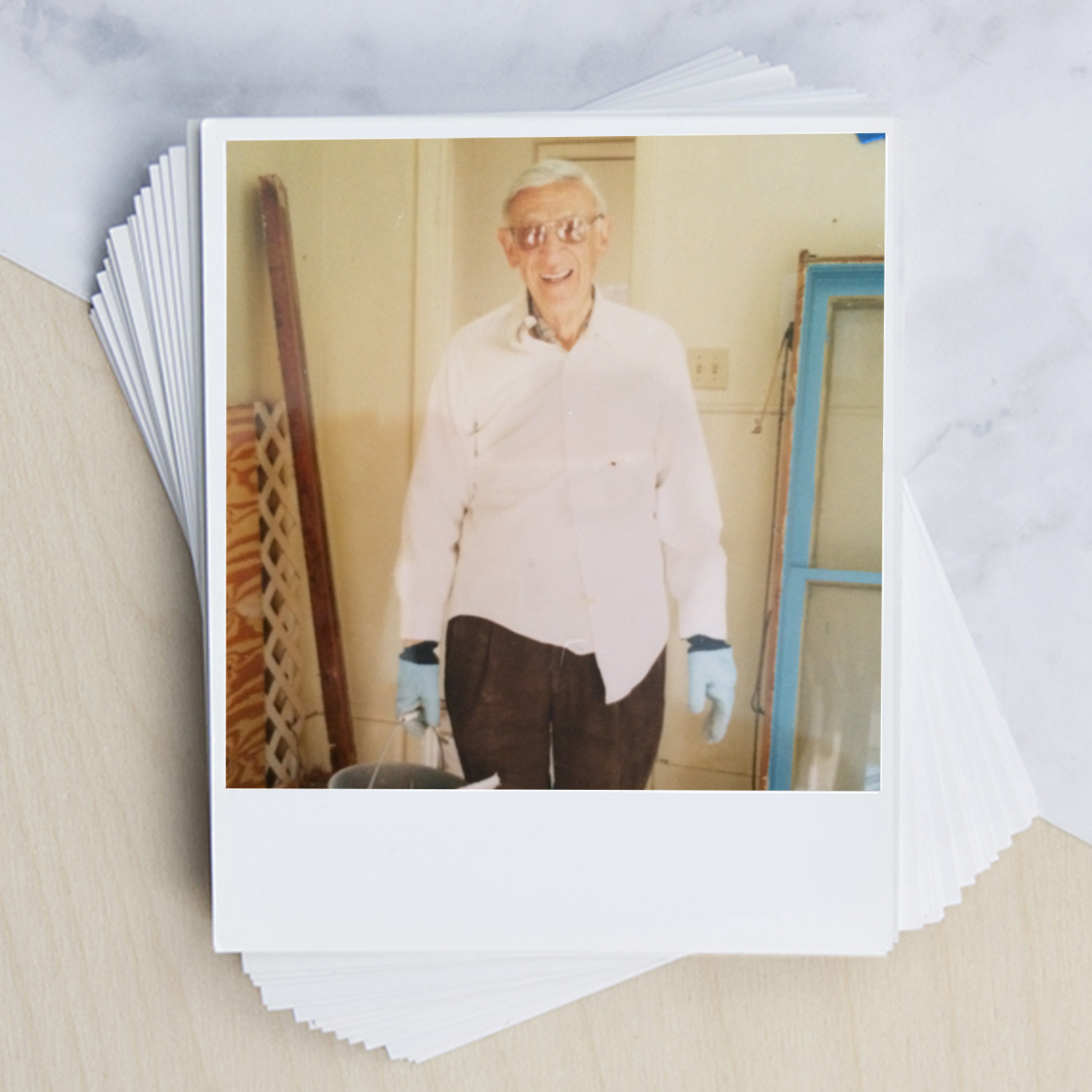 Our centers exist to offer women alternatives to abortion by modeling the love of Jesus Christ through compassionate lay-counseling and the resources to empower her to make a life-affirming decision.